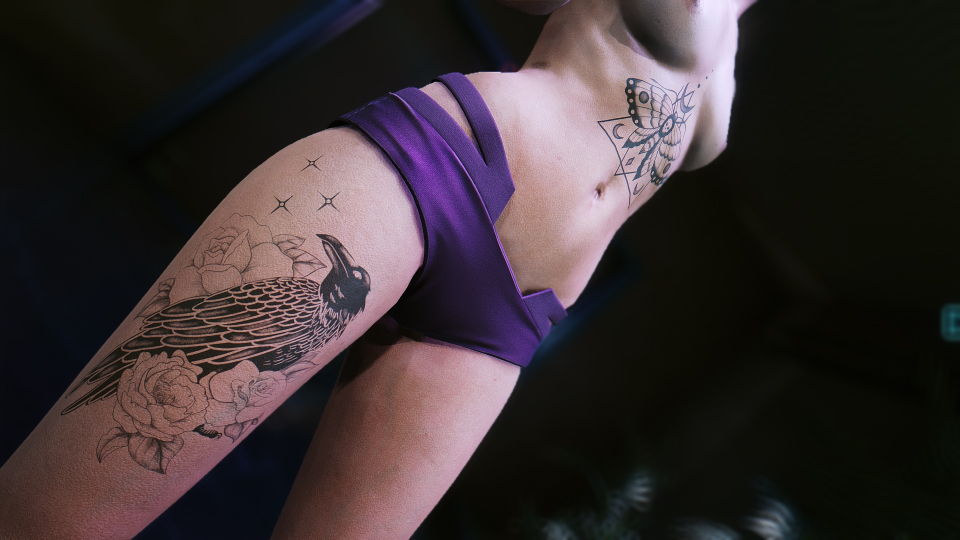 This replaces body tattoo 05 with some witchy tattoos. Works for both femenine V and masculine V.

Something to note: In the pictures appears a poison bottle that I later decided to remove, so it’s not in the actual mod. Otherwise the tattos are the same.

To install, simply drop the .archive in your mods folder.

Thank you Avallonkao on the discord modding server for the gorgeous picture of her V to show off the tattoo, and Mrs. T for their incredible tutorial on how to make tattoos for Cyberpunk that has got me started on modding.

Feel free to join us at the modding discord for more cool mods and especially lots of cool people! https://discord.gg/CKcG33ZARb

DISCLAIMER: I never make pictures of my own mods because there’s wonderfully talented people at discord that are kind enough to make them for me. This means I’ve no idea what presets or mods are being used in the pictures, other than my own. If you really wanna know, join the discord and ask!